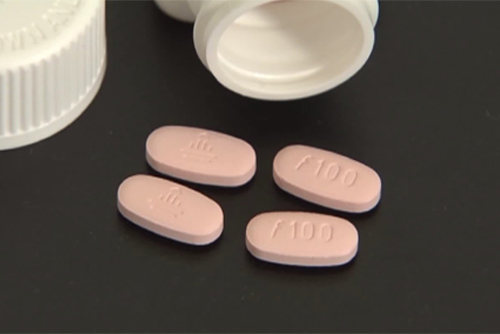 It’s an exciting time for American women who have been looking to level the playing field with respect to sexual dysfunction. That’s because the FDA finally approved (after numerous past rejections) the first “sex drug” targeted to women, as reported by KTLA. This drug, known as Addyi (pronounced “Add-ee”), is intended to treat Hypoactive Sexual Desire Disorder (HSDD). This is a medical condition where a person has such a low sexual desire that it causes distress in their personal lives. It has been found to be particularly common in middle aged women. Many are calling this drug the “female viagra” and hail its approval as long overdue. Critics on the other hand question its efficacy and say it has some significant side effects that people need to understand.

Unlike Viagra, Addyi does not directly target the genitals, rather it works on the brain. Many feel it’s actually closer to an anti-depressant than Viagra. The study of human sexuality is a relatively new area and many researchers disagree as to how to define “normal” sexual desire and dysfunction. As a consequence, it is difficult for researchers to agree on how to treat this little studied condition.

Given the apparent prevalence of low libido in our society it is natural to ask why this drug was rejected twice previously? What has changed the FDA’s mind? Critics say that the only thing that has changed is the aggressive, emotional and well financed PR campaign that the manufacturer engaged in to get the drug approved. They claim that there is a fundamental unfairness in having dozens of sexual dysfunction medications available to men and none to women and have cast a sexist pall on the FDA’s rejection. Supporters claim this new medication is a game changer for women suffering from abnormally low sexual desire and a big step forward in “evening the score” between men and women. The manufacturer of Addyi has represented to the FDA that it would not be running branded direct-to-consumer ads. Rather, it will be airing unbranded television commercials to build awareness of HSDD. (This is fairly common practice among pharmaceutical companies introducing a new drug. They will engage in marketing campaigns to educate the public and medical community on the underlying condition since they hold the cure) ,

Others claim that the FDA rejection of this drug was the right decision pointing to a lack of studies and support documenting it’s effectiveness as well as the potential for serious side effects. They worry that the public outcry of sexism has pressured the FDA into approving this drug, given the numerous drugs on the markets that address sexual disorders for men, such as Viagra and Cialis. Side effects for this new drug can include a sudden drop in blood pressure and fainting, conditions which are made worse by alcohol consumption.

Only time will tell as to whether this drug truly levels the playing field, or simply gives false hope and exposes users to dangerous side effects.