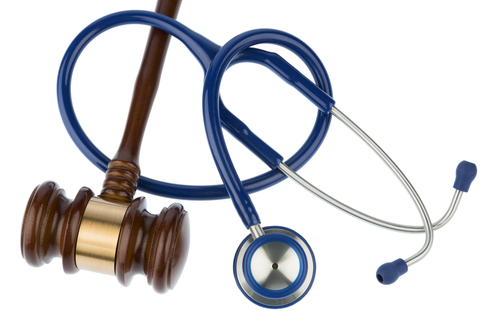 Medical Malpractice Caps in Missouri have been the subject of much debate over the past few years. Here in Missouri we have seen caps set by the legislature enacted, then struck down by our State Supreme Court and then, just last month, reinstated by the legislature. It has been an emotionally charged debate affecting hospitals, doctors, insurance companies, lawyers and the victims of medical negligence. The issues involved strike at the very core of our justice system and the right to trial by jury. In order to understand what is going on we need to begin with a bit of historical context and an understanding of how our civil justice system works.

What is a Cap on Damages?
When someone is hurt by another person’s wrongdoing or negligence they can file a lawsuit and seek recovery for their damages. Damages fall generally into two categories: economic damages and non-economic damages. Economic Damages are your out of pocket expenses, regardless of whether you pay them directly or a third party such as an health insurance company pays them. For example, if someone runs a red light and T-bones your car and you end up in the hospital for a week, your economic damages would include your hospital bill and your lost wages for that week. Non-economic damages are what we typically think of as pain and suffering or your loss of enjoyment of life, also referred to as hedonic damages. They are the damages that are harder to hang an exact number on but in many cases are really what the case is all about. For example, sticking with our car accident scenario, if a stay at home mother is driving the car and is killed by the guy that runs the red light, there are very limited economic damages, perhaps just the cost of the funeral. She died at the scene so there is no medical bill, she is a stay at home mom, so no loss wages, no real out of pocket economic loss. In other words there may be no medical bills or lost wages and therefore, very little economic damages. However, this obviously does not mean this is a case with no value. What this case is really about is the surviving husband and children not having mom in their life anymore. The loss of her companionship, guidance and the million little things a mom does every day. This would all fall in the category of non-economic damages.

There are some who believe that one way of reigning in the costs of law suits is to put an upper limit, or cap, on what a plaintiff can recover. Typically, these caps on damages are applied to only certain types of law suits, such as medical negligence suits, and only to certain types of damages, such as non-economic damages. Juries, however, are not told about these camps during a trial. If a jury were to award in excess of the designated cap amount then the judge would be required by law to reduce the jury’s verdict after trial to what is allowed under the statue. Proponents argue that this lowers the overall healthcare costs and ensures an adequate supply of physicians and health care workers willing to come and practice medicine in our state. Critics of caps believe that they undermine the very essence of our civil justice system in that they rob juries of the ability to fully determine fault and damages. They claim that you either believe in the jury system or you don’t, and that these types of laws are unfair in that they rob victims of malpractice of their ability to have their rights determined at trial by a jury. They also claim that by limiting the damage awards against hospitals and doctors we are seriously impairing the checks and balances that exist to hold people accountable for their mistakes and thereby are creating a less safe environment for patients.

History of Caps in Missouri

Prior to 1986 there were no caps on damages in medical negligence cases. These types of cases were treated just like an auto accident, defective product or legal malpractice case. If the jury decided the plaintiff was entitled to 3 million dollars in damages that is what they got, conversely if they decided the plaintiff should get zero, that is what they got. In 1986 the Missouri legislature passed a statute (§538.210) which limited non-economic damages in medical negligence cases to $350,000 “per occurrence”. This cap had an inflationary riser which would increase the cap to keep pace with inflation. By the year 2000 the effective cap on med mal cases was $528,000.

The Scott Decision
The problem was that the statute did not define what was meant by “per occurrence”. The insurance industry and healthcare industry chose to interpret this language to mean that the maximum a plaintiff could ever receive for his non-economic damages for in any given claim was $350,000. In contrast, those advocating on behalf of injured plaintiffs argued that “per occurrence” should be given its literal meaning, that is “per act of negligence”. This can be an extremely significant distinction since some medical negligence cases involve multiple defendants and multiple negligent acts.

The case that brought it all to a head back in 2000 was Scott v. SSM Healthcare Systems (70 S.W. 3d 560). This case involved a young man, Matthew Scott, who was represented by our team in a medical malpractice case in which we alleged that various doctors, including ER doctors and radiologists, failed to appropriately diagnose and treat Matt’s medical condition resulting in brain damage. At trial the jury awarded Matt Scott 2.5 million in non-economic damages against the defendants. After trial the defense filed motions asking the judge to reduce this award to the statutory cap of $538,000. We argued on behalf of Matthew that the evidence showed two distinct acts of negligence, one by the radiologist who blew the read on the brain CT, and the second by the ER doctor who failed to diagnose and treat Matt’s condition. Therefore, there were two separate occurrences and two caps should apply. The judge agreed that the evidence supported two distinct acts of negligence and applied two $538,000 caps. Over the next two years the case wound its way through the appellate courts and was ultimately supported by the court of appeals and by the Missouri Supreme Court in 2002. our case was widely cited as groundbreaking new law and changed the landscape of medical malpractice law in Missouri. (Click here to read court decision).

In reaction to the Scott decision there was a push to enact legislation that would remove the “per occurrence” language and replace it with verbiage that clearly limited plaintiffs to a lower amount in any one case regardless of how many defendants or how many distinct acts of negligence may occur. This legislative change took place in 2005 when as part of its general tort reform overhaul legislators revised §538.210 and made it crystal clear that now the maximum a plaintiff could recover in any given case for non-economic damages was $350,000. This $350,000 cap did not contain yearly increases based on inflation.

From 2005 through 2012 courts applied the new $350,000 cap on non-economic damages. In July of 2012 the Missouri Supreme Court issued a decision striking down these caps for certain types of medical negligence cases but left them in place for others. The court ruled that the cap “infringes on the jury’s constitutionally protected purpose of determining the amount of damages sustained by an injured party” and, therefore, was unconstitutional. Interestingly, the court also held that medical negligence cases in which the plaintiff had died as a result of the negligence and the surviving family members were bringing a law suit under Missouri’s wrongful death statute were to be treated differently. These wrongful death cases were statutory actions that only came into existence in 1939 when the legislature enacted Missouri’s Wrongful Death statute. A general medical negligence action was a personal injury action that arose out of the common law which has existed for centuries. Article 1 Section 22 of the Missouri Constitution states that “the right of trial by jury as heretofore enjoyed shall remain inviolate”. Missouri’s constitution was enacted in 1820. The common law right to a trial by jury in a personal injury action had existed for centuries prior, however, Missouri’s wrongful death statute had not yet been enacted when our Constitution was enacted. The Missouri Supreme Court reasoned that the legislature could limit a jury’s ability to determine damages in a wrongful death case but not in a general medical negligence case. The result was an odd bifurcation where there were no longer any caps on general medical malpractice cases unless the plaintiff died and it was a wrongful death action, then the old 2005 cap of $350,000 would apply.

Current Law – the Great Compromise
In May of 2015 Democratic Governor Jay Nixon signed into law a bipartisan bill that was hammered out by legislators from both sides of the aisle. Under this new law which becomes effective in August of 2015, a $350,000 cap will apply to non-economic damages on all medical malpractice cases unless the plaintiff has suffered a “catastrophic personal injury” in which case a $700,000 cap will apply. Both caps will increase each year based on the rate of inflation. The law defines catastrophic injuries to include: death, paralysis, loss of two or more limbs, brain injuries resulting in a permanent inability to make independent decisions, irreversible failure of a major organ system and vision loss. The law involves a little give and take from both sides. Caps are reinstated, however, they now have an inflationary riser and if the injury is serious the amount of the cap is doubled. In addition, wrongful death cases that had been subject to the $350,000 cap now have a cap of $700,000.

What does the Future Hold?

The new law has not yet gone into effect, however, the hope is that given its bipartisan support it represents a compromise that everyone can live with. However, some critics believe that it still does not eliminate the basic issue of whether such caps are constitutional. The law attempts to resolve this problem by stating that medical malpractice cases are now expressly excluded from the common law and that it is the intent of the Missouri legislature to create a statutory action that applies to all claims for medical negligence. In other words, they are now creating a new statutory action for all medical negligence claims and within that same statute declaring that a common law action for medical malpractice no longer exists in the State of Missouri. Remember that in 2012 our Supreme Court declared the caps unconstitutional as applied to common law actions but allowable for statutory actions. This awkward solution to the Constitutionality of the law begs the question, can the legislature wave its magic wand and say that a common law right that has existed for centuries no longer exists? Stay tuned for what our Supreme Court decided on this issue, but for the moment, we seem to have a compromise solution that will be around at least for a while.