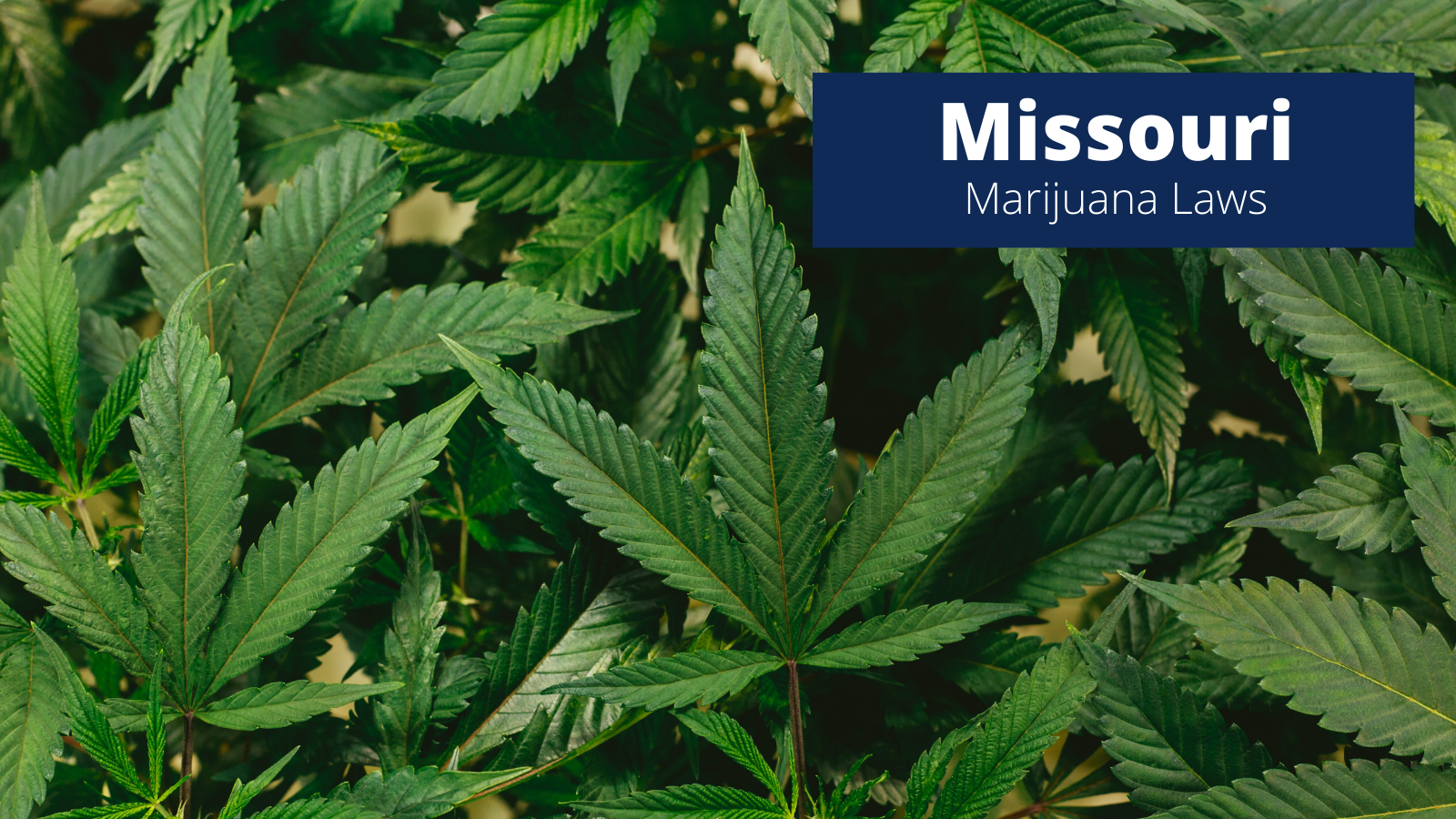 In the past few years, Missouri – and other states across the country – have passed various laws pertaining to the use of marijuana. See our comprehensive guide on Missouri’s marijuana laws.

In order to understand the present state of Missouri’s marijuana laws, it’s helpful to know a little bit about the history of its regulation and criminalization in our country. Prior to the 20th century, the use and sale of marijuana was completely unregulated in the United States. In 1911, Massachusetts became the first state in the country to regulate marijuana by passing a law that required a prescription for the use of Indian Hemp. Other states soon followed with some banning it altogether and others, like Texas, declaring it a narcotic and imposing up to life sentences for its possession. By 1933, 29 states had criminalized marijuana.

Beginning in the early 1970s, we see the pendulum start to swing the other way as states change their laws to decriminalize its use and possession (1973 – TX – less than 4 ounces is a misdemeanor; OR – less than 4 ounces is a $100 fine). In 1996, California became the first state to pass a law allowing the medical use of marijuana. Oregon, Alaska, Washington, Nevada and Maine all passed similar laws after voter approval in the late 90s. By 2010, twelve more states had passed laws either legalizing or decriminalizing medical marijuana. In 2012, Colorado and Washington became the first two states to legalize the recreational use of marijuana. By June of 2021, marijuana has either been legalized or decriminalized in all but five states. In 2018, Missouri voters approved Amendment 2 to legalize medical marijuana with an overwhelming 65.5% support. Missourians who have a qualifying medical condition can apply to the state for a Medical marijuana ID card that will allow them to lawfully purchase and use marijuana.

How to Get a Medical Marijuana Card in Missouri

The steps to getting a medical marijuana card in Missouri include:

As of January 2021, the Missouri Department of Health and Senior Services reported that the medical cannabis program had 100,000 patients registered, who are served by 56 approved dispensary facilities. Only a licensed card holder will be allowed into the dispensary.

The state of Missouri may have issued you a medical marijuana card, but that doesn’t mean your boss can’t test you and even fire you if you test positive.  Unfortunately, when Missouri legalized medical marijuana, the law did not include any provisions or guidance as to what rights patients had with respect to their employers and drug testing. This has created a lot of confusion and anxiety. The bottom line is that Missouri is an employment at will state, which means you can be fired for any reason, or no reason, so long as there is not a violation of a person’s constitutional rights.  Employers may continue to drug screen employees or require pre-hiring testing and the fact that you have been granted the right by the state to use marijuana doesn’t necessarily mean your employer has to like it or is prohibited from taking disciplinary action. Stay tuned as this is a developing area of the law and we may see legislative changes in the near future.

The recreational use, possession and sale of marijuana is still illegal and subject to criminal prosecution. In addition, it’s important to remember that even though the state has legalized the medical use of marijuana, it’s still illegal under federal law and potentially subject to prosecution regardless of whether you have a valid card or not. While the federal government has not pursued a single lawful state possessor, there is a conflict between our federal criminal statutes and state laws.

UPDATE:  On July 14th, 2021 Senator Chuck Schumer plans to introduce legislation that would decriminalize marijuana on the Federal level. The Cannabis Administration Opportunity Act would remove marijuana from the Controlled Substances Act and begin regulating and taxing it. States could still enact their own legislation but for the first time those who comply with their state laws could legally purchase and use marijuana without the spectre of Federal prosecution hanging over their heads. It would also open up the national banking system to the marijuana industry. Stay tuned for updates.

The penalties in Missouri for use or sale of marijuana are set out in various Missouri statutes, including RsMO Sec. 579.015 https://revisor.mo.gov/main/OneSection.aspx?section=579.015,

Below is a handy summary of state criminal penalties for marijuana in Missouri prepared by the National Organization for the Reform of Marijuana Laws (NORML).  Cities and municipalities may have their own ordinances criminalizing the use or possession of marijuana. What About Other States?

Generally, if you are licensed to use medical marijuana in one state it does not give you the authority to purchase or use marijuana in other states. Currently our country is a patchwork of varying state laws with Federal law prohibiting marijuana in any form. For a good state by state summary see this recent article from Rolling Stone magazine:

CBD stands for cannabidiol and is one of the active ingredients in marijuana that can also be found in hemp, a cousin of the marijuana plant. CBD by itself is not psychoactive, which means it does not have any of the effects we commonly associate with the other active ingredient in marijuana THC. CBD has been widely touted as a remedy for a variety of health conditions including anxiety, chronic pain, insomnia and arthritis. CBD is sold in a variety of products from – gummies to ointments and oils and tinctures. I have even seen Doggie CBD to help him chill during fireworks. It is marketed and sold as a supplement – not a medication – so it’s not regulated by the FDA. However, many states – including Missouri – regulate its sale and use. In Missouri, CBD products are basically treated like marijuana. In order to purchase CBD, you have to go through an application process with the state and you are limited to purchasing CBD products with less than 0.3% THC.

Gonzalo Fernandez is a personal injury attorney based in St. Louis. He regularly uses his legal expertise to offer insight on events impacting Missourians. Recent media appearances include the St. Louis Post-Dispatch, CBS St. Louis, Fox 2, and KPLR 11. To speak to Gonzalo, call (314) 433-9131 or email gonz@stltriallawyers.com.

Other Guides to Missouri Laws: